Every year the national all-around tournament takes place in which anyone with an NTTB licence can participate. From TTV Amstelveen Sourabh Soni, Elias Negrin, Arnold Sinay and Guus Korper had enthusiastically signed up.
This tournament takes place in several rounds. The first round was on October 11 and was played at various locations throughout the Netherlands. The tournament is played in poules of 7 to 8 players so you can play a lot of matches on one day.
Elias, Arnold and Sourabh (undefeated) managed to qualify for the next round, unfortunately  Guus did not suceed due to too much power of young 2nd class players.
Given the current corona situation it is unfortunately uncertain if and when this tournament will be continued. 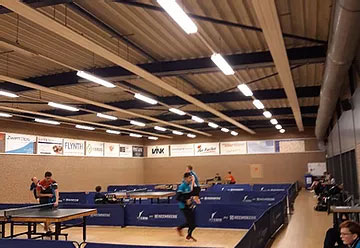