Saturday 13 November the jeugdranglijst (youth ranking) tournament took place in Tilburg.
In a large sports hall, 40 tables were set up where youths under the age of 23 at various levels competed against each other.
From Amstelveen Jeffrey van den Heuvel and Sebastiaan Bosklopper were present.

Jeffrey had a somewhat slow start and unfortunately did not win the first two matches.
In the third match against the highest ranked player things went much better, but also this match was lost by a narrow margin in 5 games.
After that the engine had warmed up and the last two games were won with excellent play.
Unfortunately it was not enough to move on to the next round.
But Jeffrey played a fine tournament and gained a lot of experience.

Sebastiaan played solid matches in the group and came through the group easily as 2th.
He then had to face an opponent which he had lost to the last few times and whom he would have preferred to avoid.
The first two games he was close but lost.
With a few tactical changes he took the initiative in the third and fourth game.
By well varied services and with excellent forehand and backhand topspin balls, he managed to win both games.
In the 5e game it was a match up until 5-5 but then the opponent took the initiative and won 11-7.
A great game for both players with some very good rallies.

Next tournaments for our youth players: 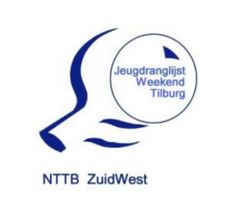 PrevPreviousOpstap tournament HTC Hoofddorp on 28 November 2021
NextSenior team 1 is champion and promotes to the national league!Next