Senior team 1 is champion and promotes to the national league!

Saturday 20 November the senior Amstelveen 1 team had their away match against Olympia in Enkhuizen.
A 5-5 draw was sufficient to secure the championship.
Brian van den Heuvel started well by winning the first point in 3 games against the long-pips opponent.
Brian Bakker had a tough time against the strongest opponent but managed to win the match in 5 games.
For Arjan Verburg the following set against the weakest opponent was no problem and therefore the score was 3-0.
After a good start in the doubles Brian and Brian slackened and lost in 5 games. (3-1)
Brian van den Heuvel’s match against the strongest opponent was difficult but Brian managed to push through in 4 games. (4-1)
The long-pips player could offer little resistance to Arjan who managed to win the decisive championship point in 4 games!
Of course the remaining games were played out as usual.
Arjan almost lost his 100%, but after trailing 9-6 in the decisive 5th game, he managed to win the match with 13-11. End result 9-1.

Next spring Amstelveen 1 will play again in the 3rd division of the national league of the Dutch Table Tennis Association. 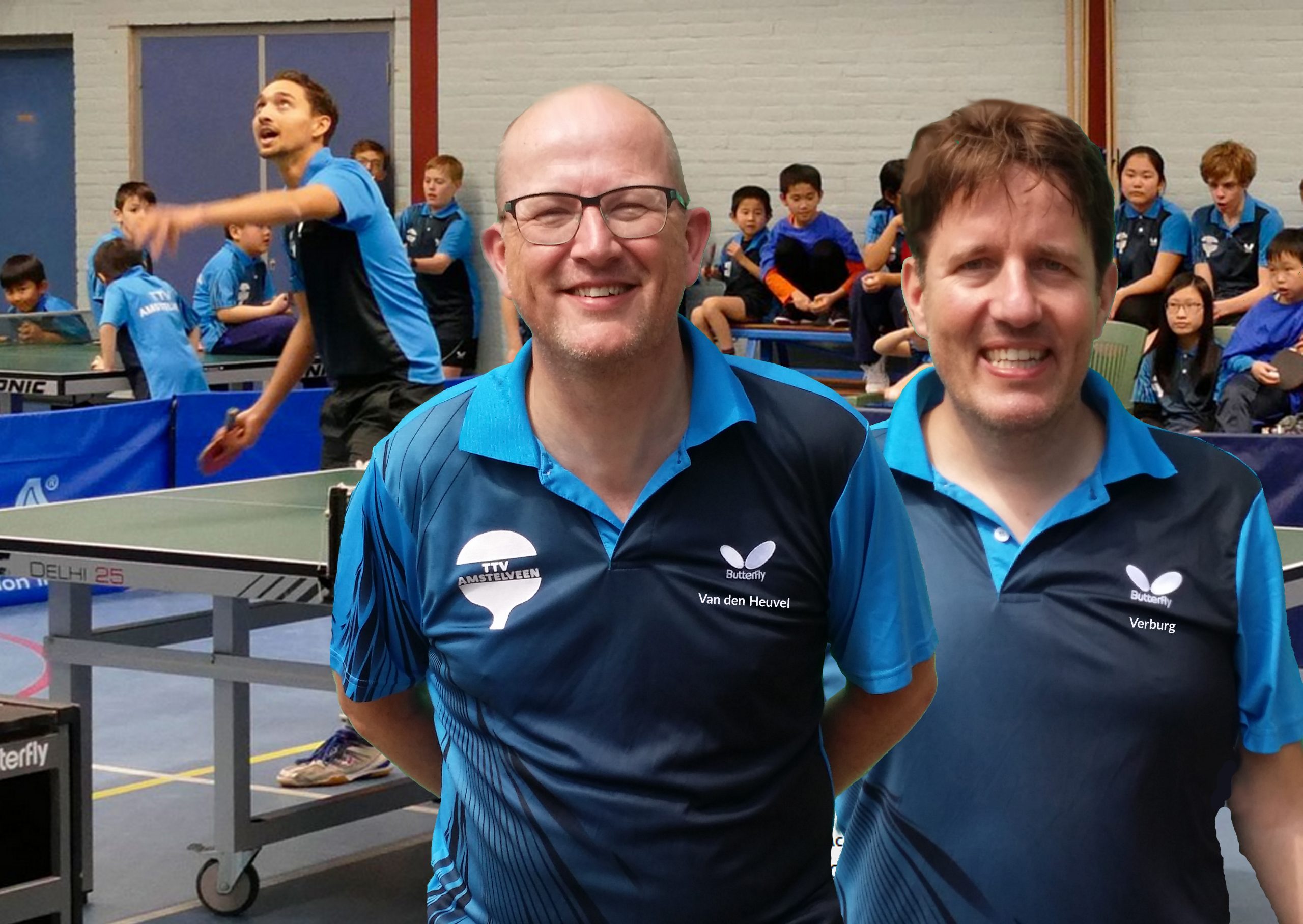