The following message was sent (in Dutch) to the Amstelveens Nieuwsblad.

After the first team of TTV Amstelveen was crowned champion a fortnight ago, three more teams joined them this week.

In the 2e class the Amstelveen 2e team became champions by a wide margin. Next year Ladislav Prorok, Guus Korper, Sebastiaan Bosklopper and Elias Negrin may try their luck in the 1st class.

Team 4, in which Harish Kumar won all his 22 games, also ended after an exciting competition on the first place with a minimal difference.
Harry and Marijke Aiking, together with Harish, managed to score just enough points to promote this team to the 2th class.

Finally, the 1e youth team with a mix of experienced and new players.
Over 2 weeks ago, Lars, Aris, Aadit, Ilia and Mathias had already finished the competition but had to wait for the results from direct competitor HBC from Heemstede.
HBC still had to get 19 points from the 2 matches where 20 points could be earned.
What nobody expected happened anyway.
In the very last game of the competition the Heemstede team lost 2 points so that the youth players from Amstelveen could finally call themselves champions.

All other 7 teams managed to maintain their current level.

On the photo: team 4 on the left and team 2 on the right (Ladislav Prorok is missing)
(photo by Guus Korper) 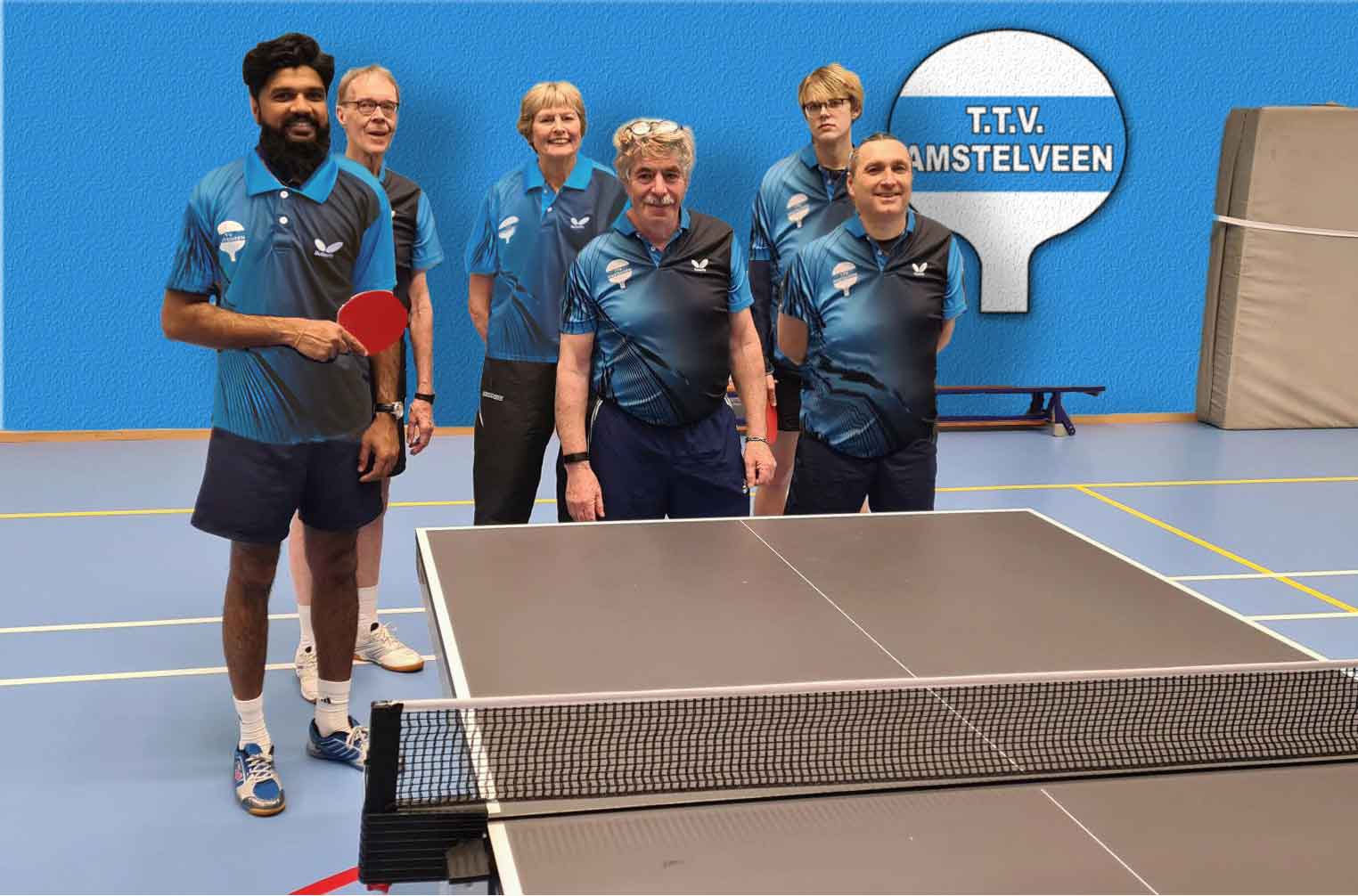