After a one-year hiatus (corona!), the cup competition named after Harry Feenstra will take place again this year.
Teams for our club can register via Guus Korper .
An email about this will be sent.

See the NTTB announcement  for dates and details.

The teams, consisting of two to five people,
play against two other teams each evening.
In such a match, two team members each play two singles and there are also two doubles
to be played where one third team member may participate. 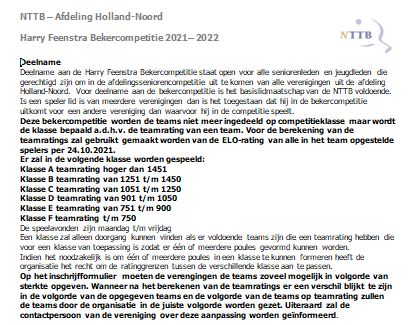